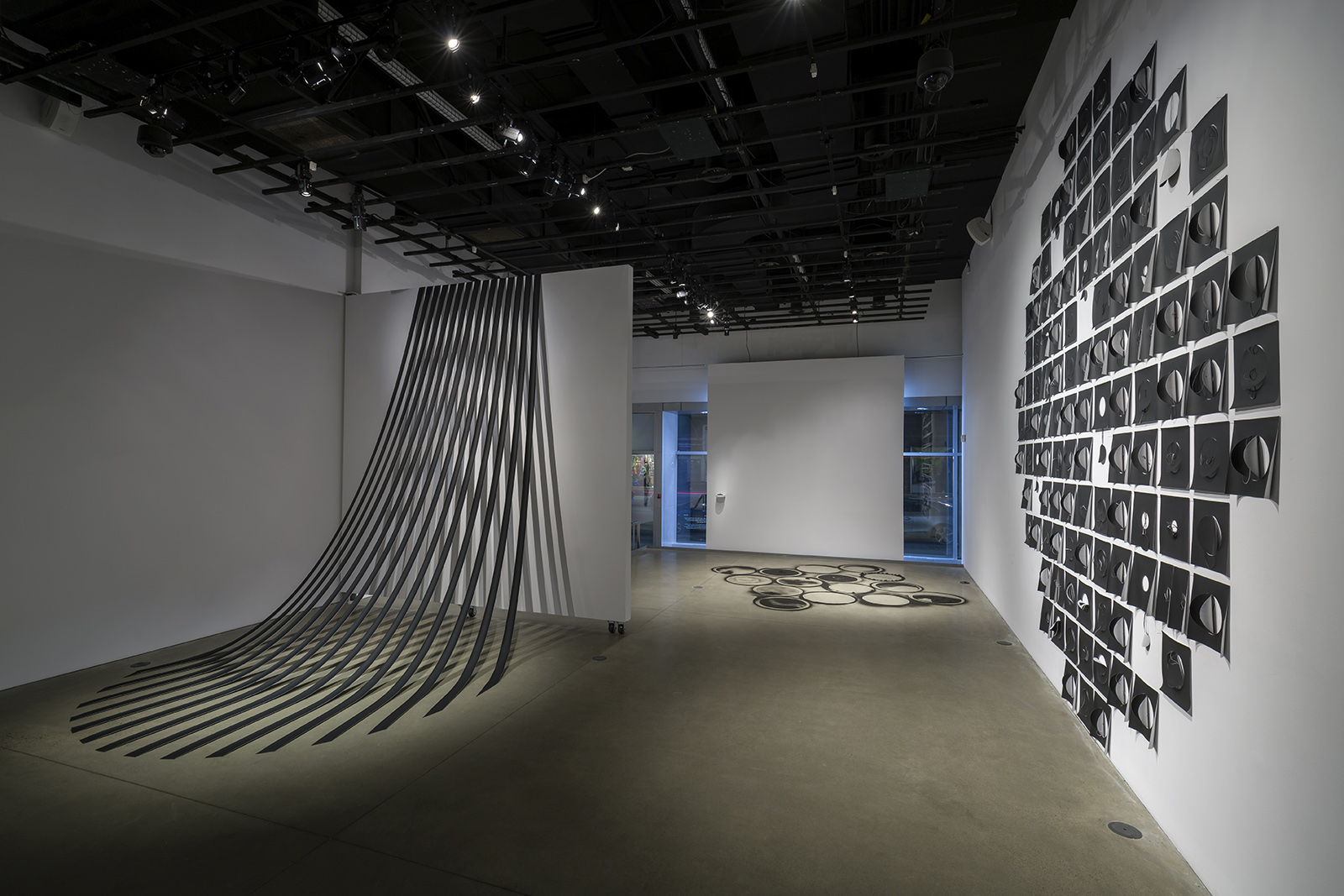 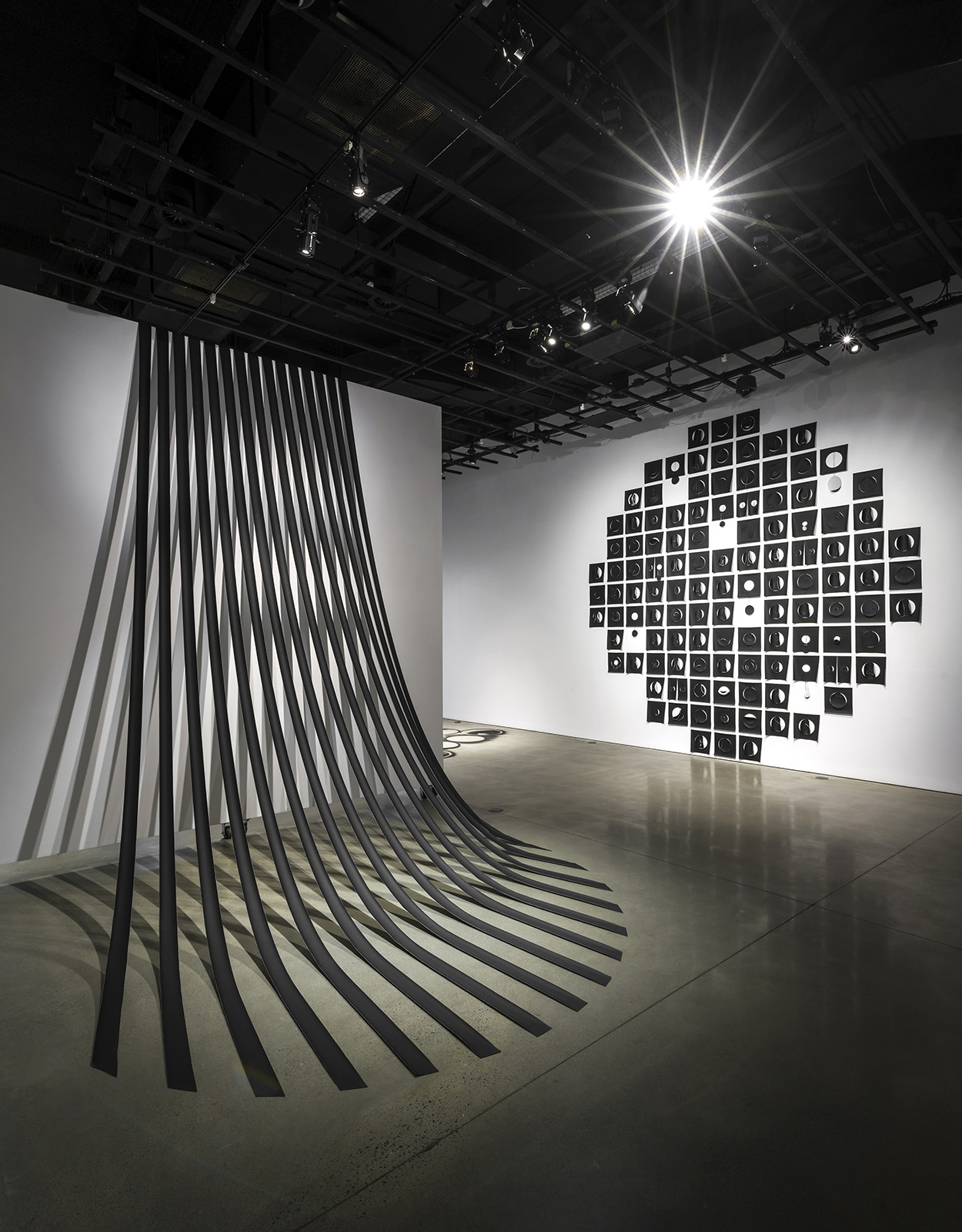 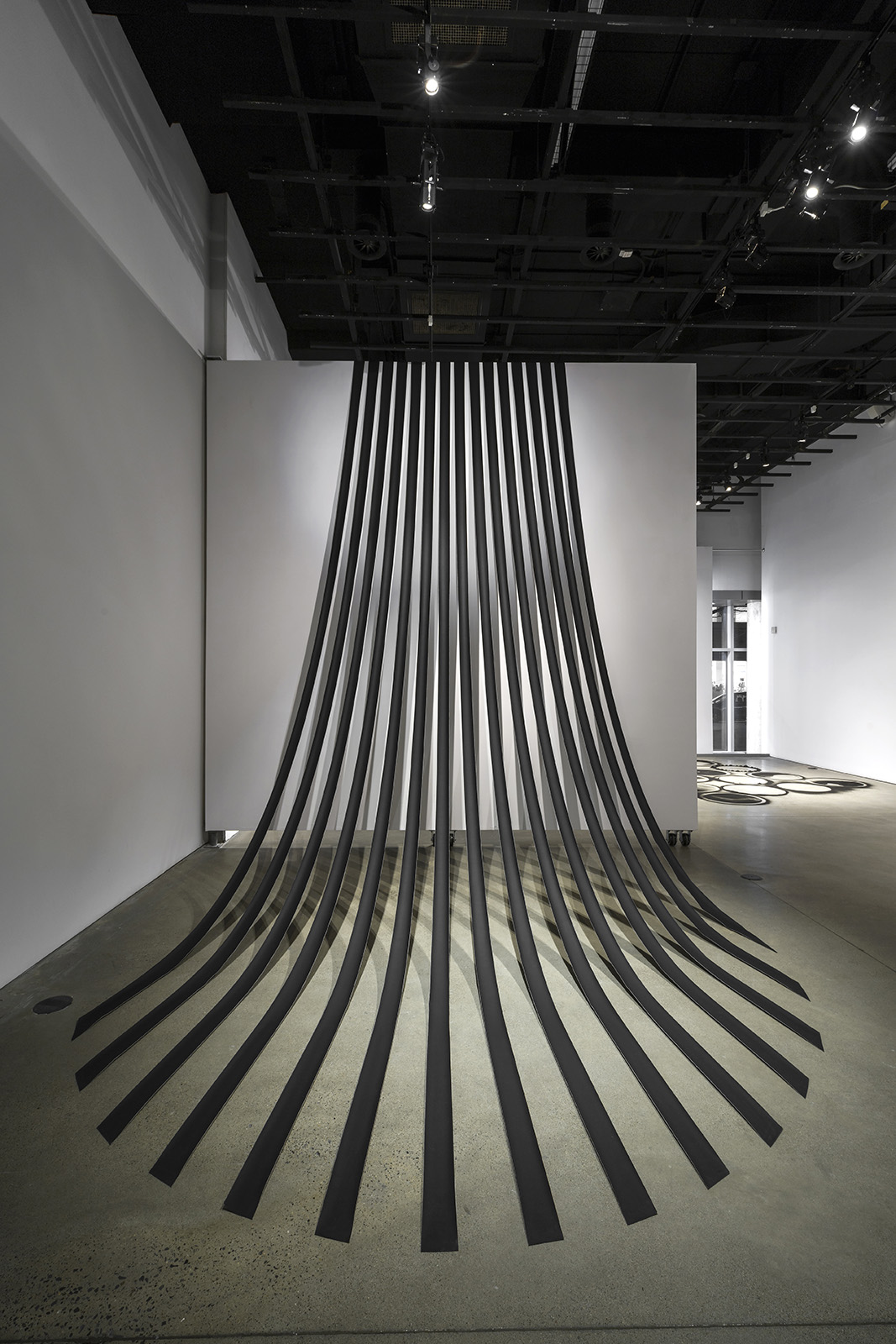 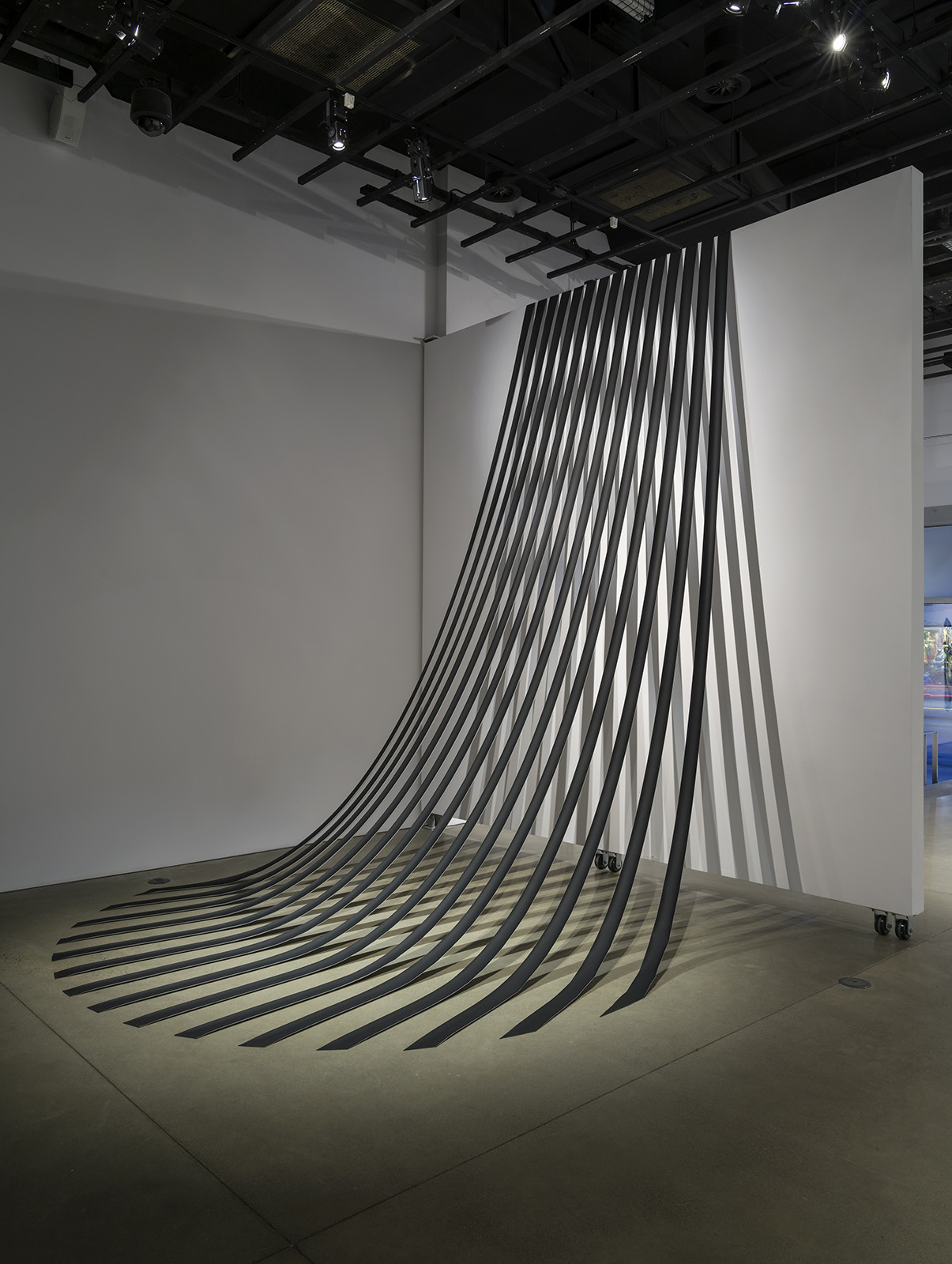 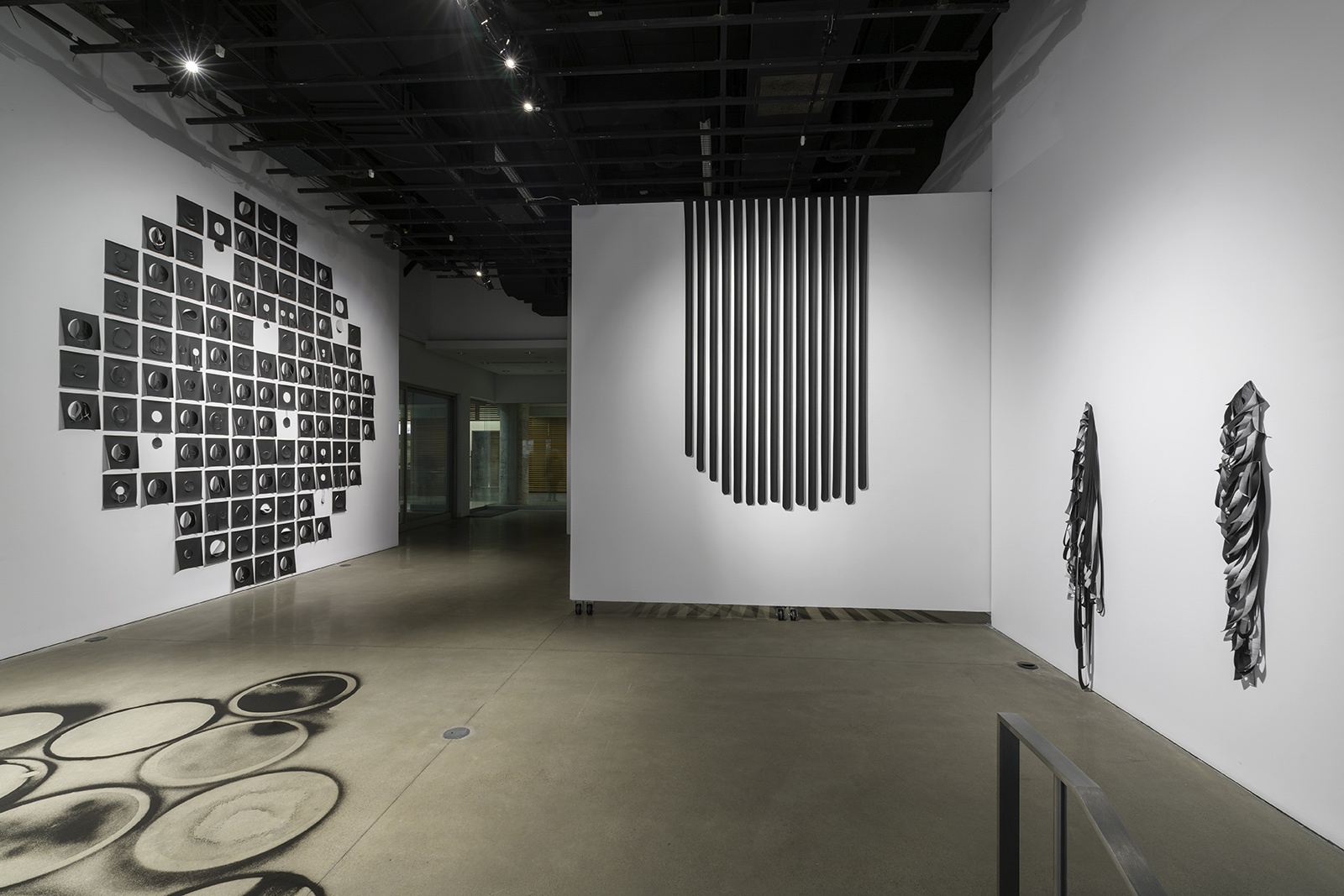 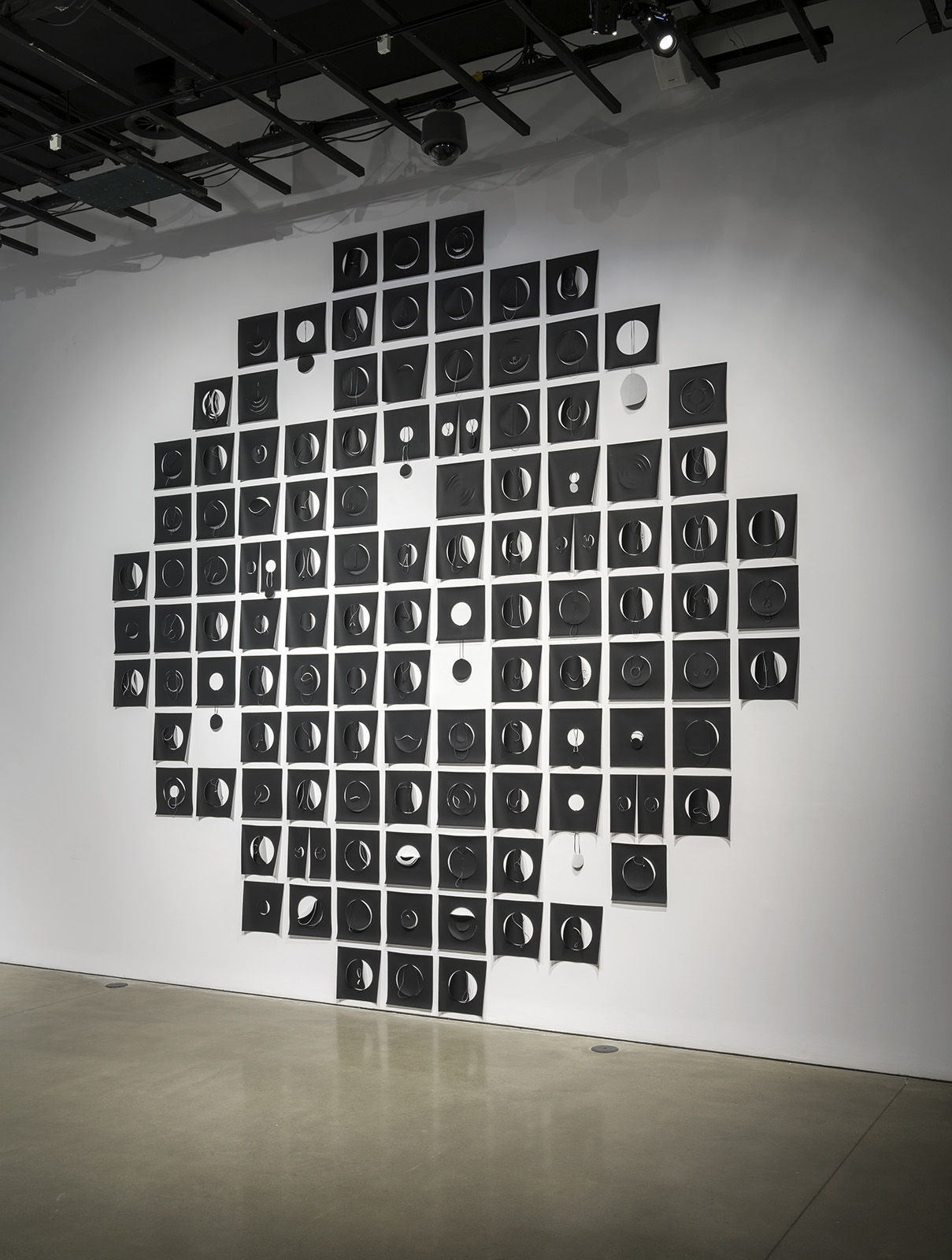 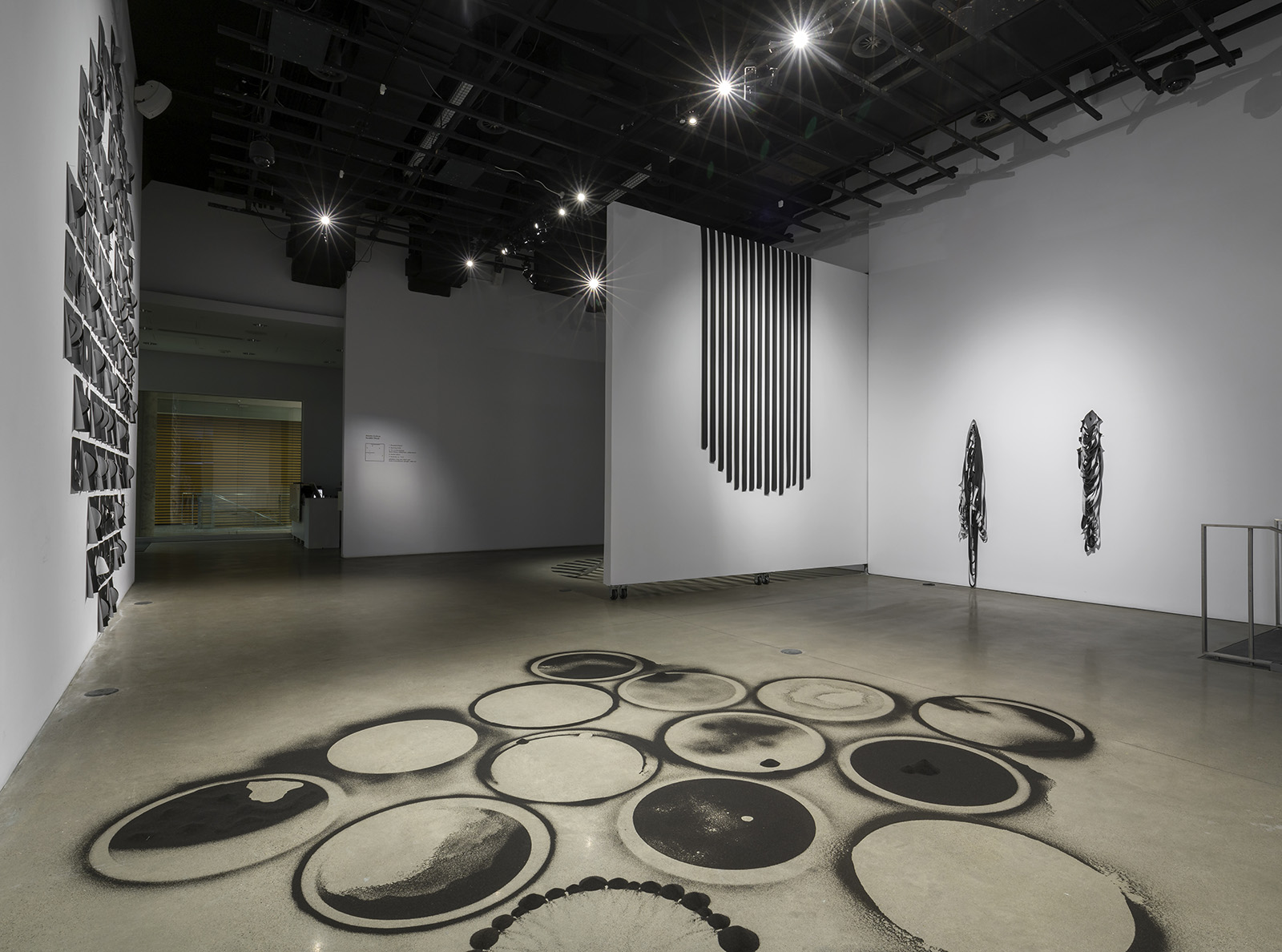 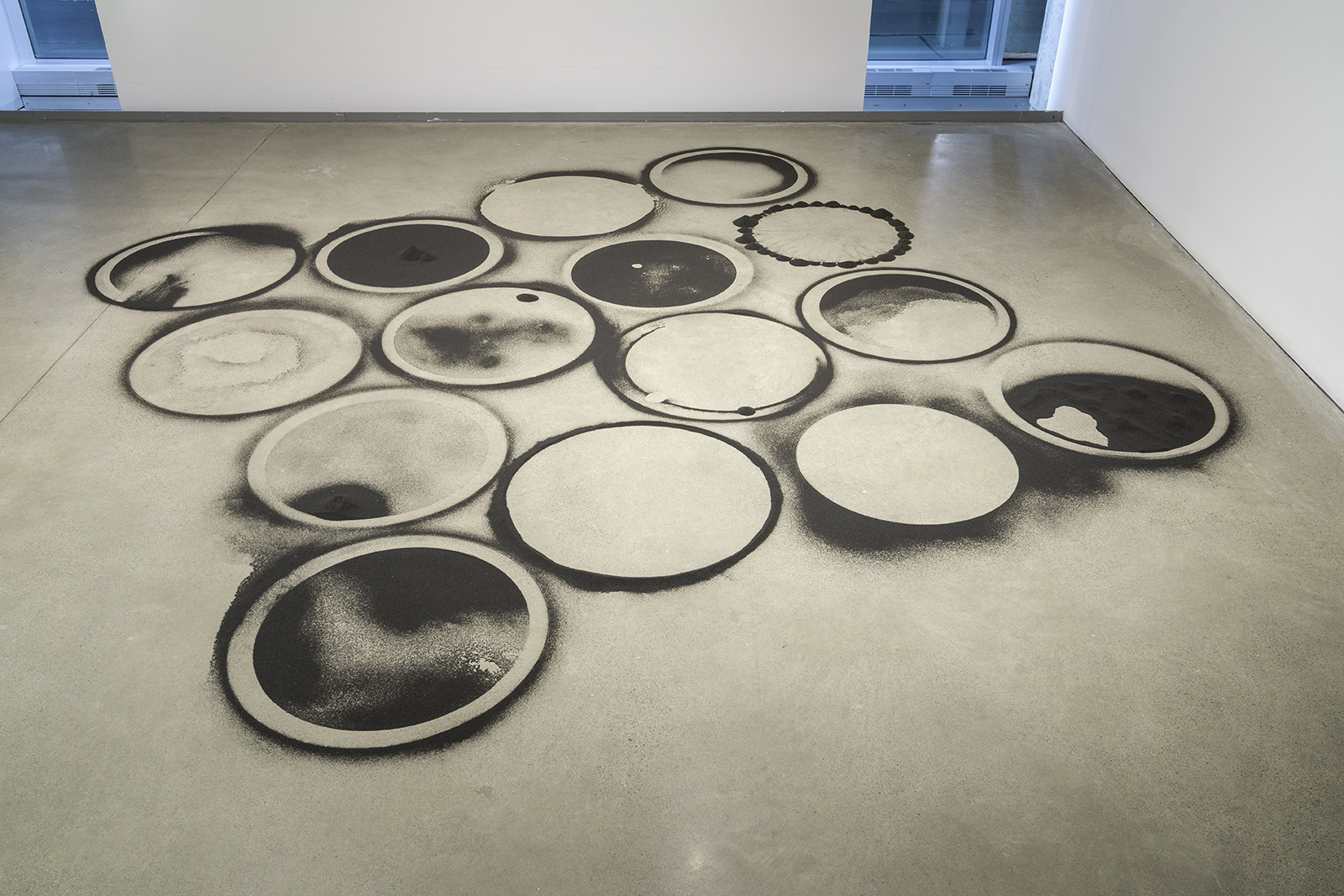 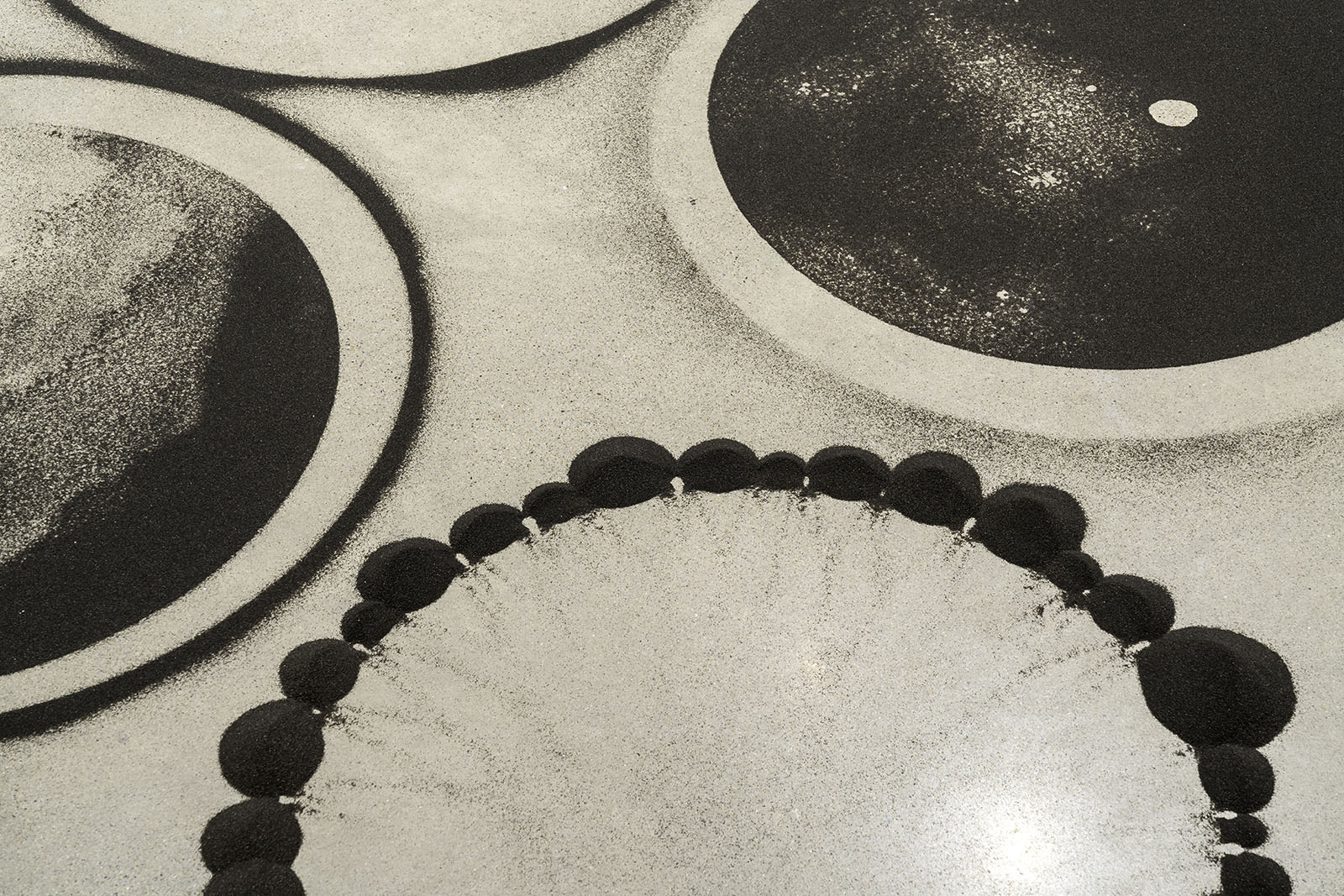 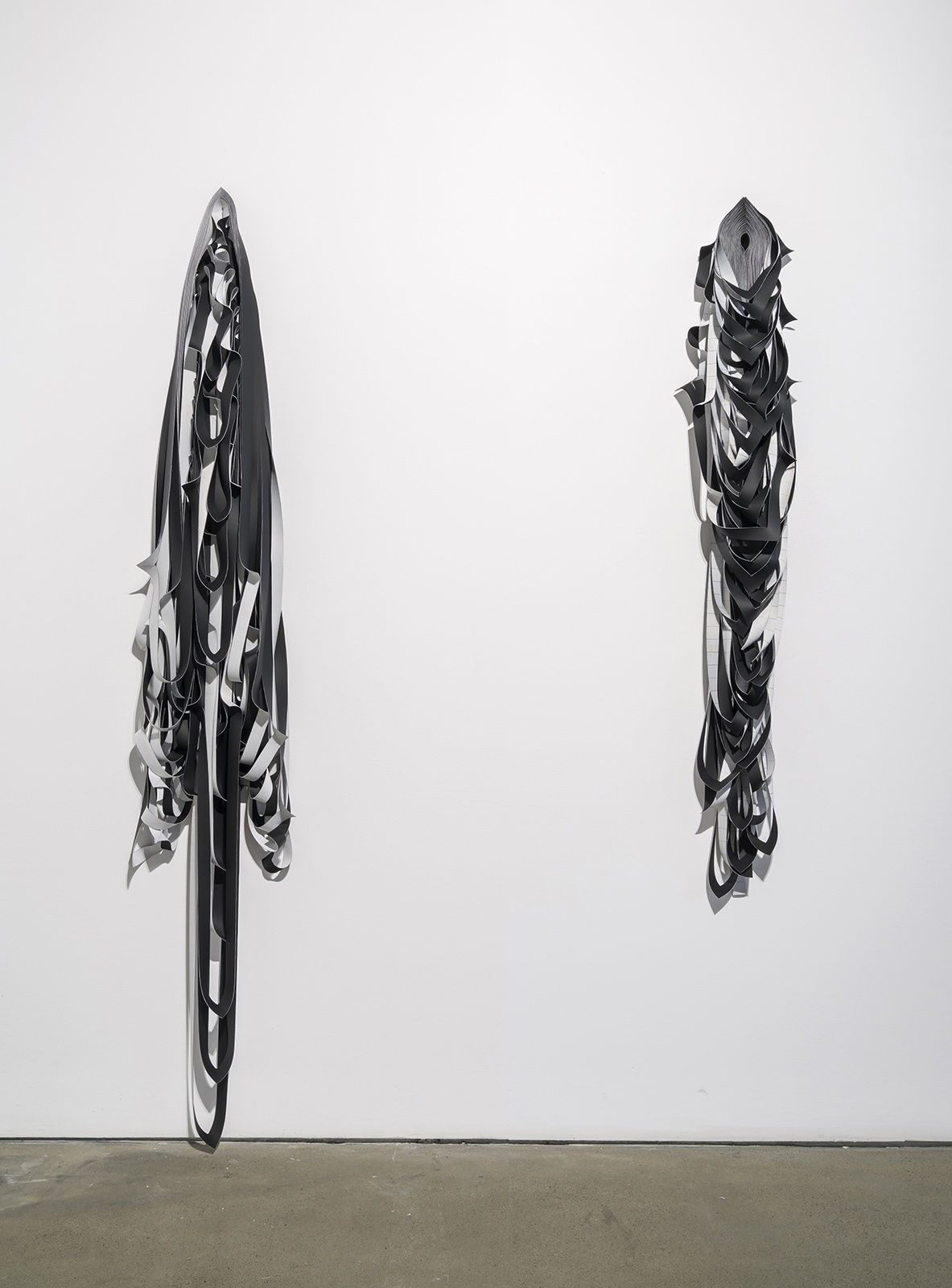 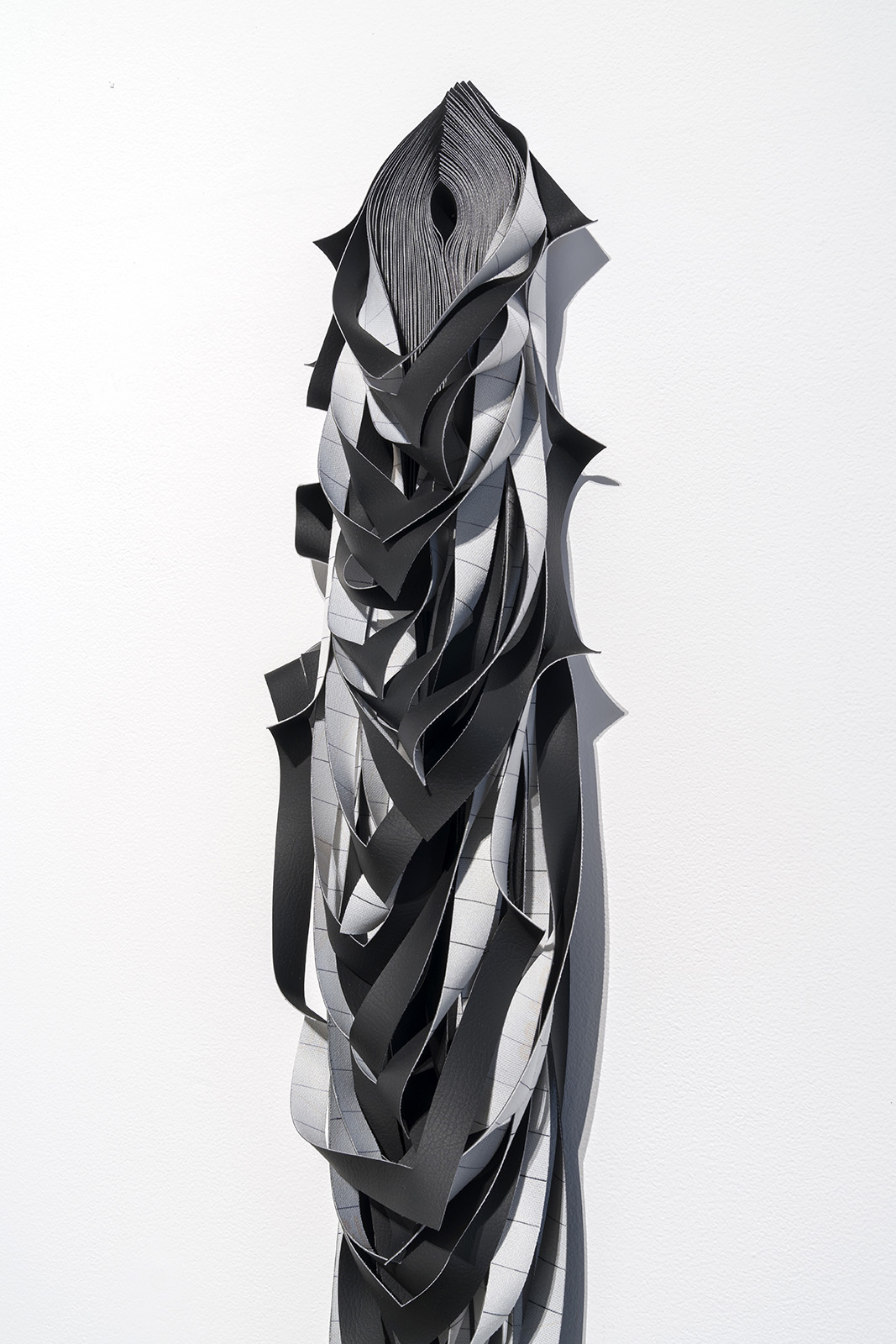 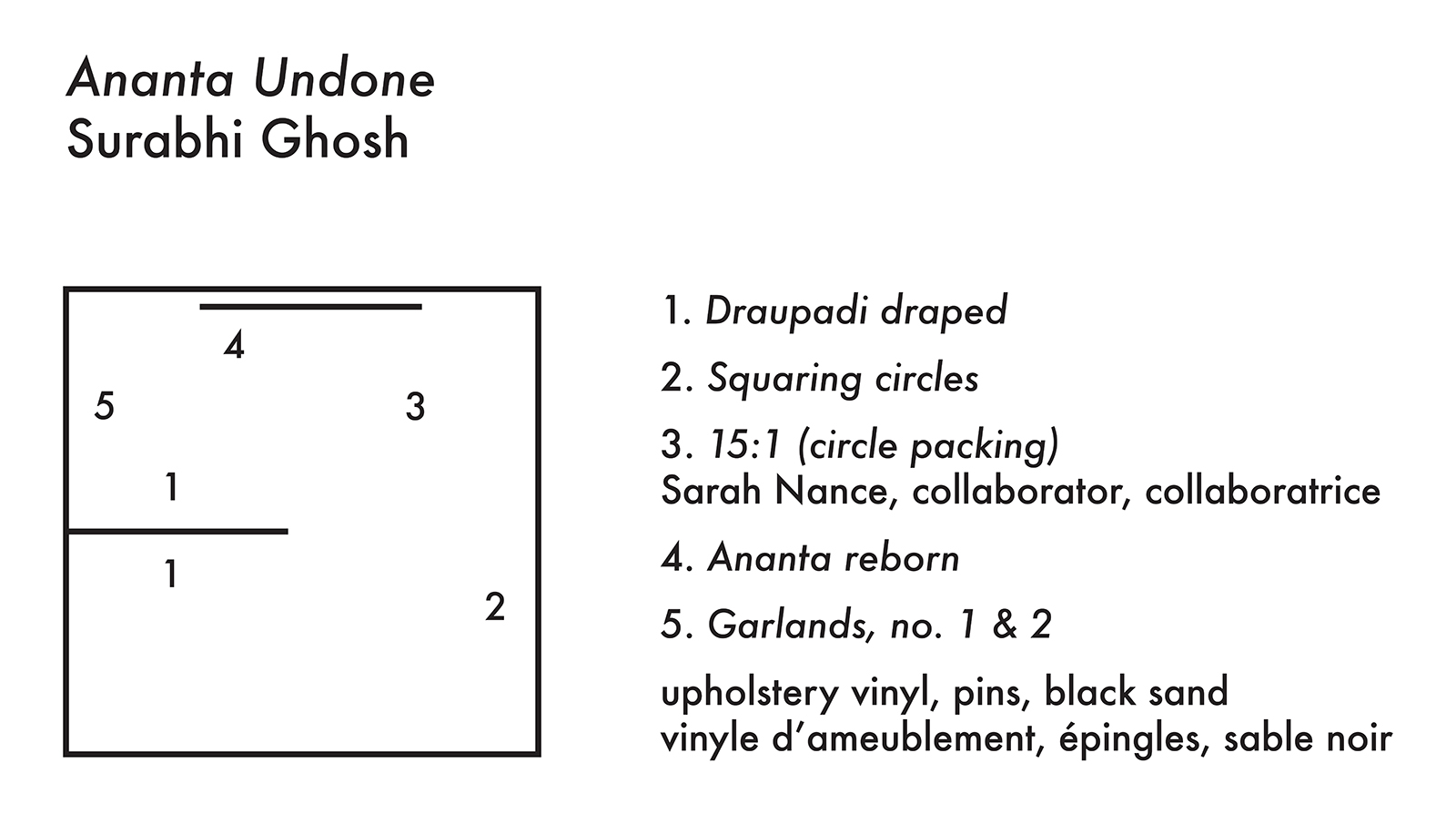 In Ananta Undone, Surabhi Ghosh considers how repetitive pattern reconciles the limits of human experience within the infinite universe. Deploying fundamental motifs—such as the block, circle, and stripe—she alludes to a range of ways humans have attempted to conceptualize or describe infinity. But her idiosyncratic materials interfere unpredictably in these metaphysical pursuits, and through manipulating them by hand she reveals an inevitable human finiteness.

This body of work unravels a network of ideas:
~ the geometric problem and metaphoric impossibility of “squaring the circle”;
~ the mathematics of “circle packing” in two dimensions and “sphere packing” in three dimensions;
~ the bolt of fabric as a symbol of abundance, wealth and prosperity;
~ instances from Hindu mythology of scale as relative and unbounded, for example, Draupadi’s sari;
~ rangoli, a South Asian folk art tradition using colored flour and sand;
~ depictions of Hindu philosophy through imagery and language, for example, ananta, a Sanskrit word for limitlessness, synonymous with infinitude or unbounded expansion, and a name for the many-headed celestial snake on which the god Vishnu reclines.

Ananta Undone consists of a series of material drawings and installations and a collaboration with Sarah Nance.